Jeppe Trøst Nielsen, Alberto Guffanti and Subir Sarkar question whether the expansion of the universe is really accelerating 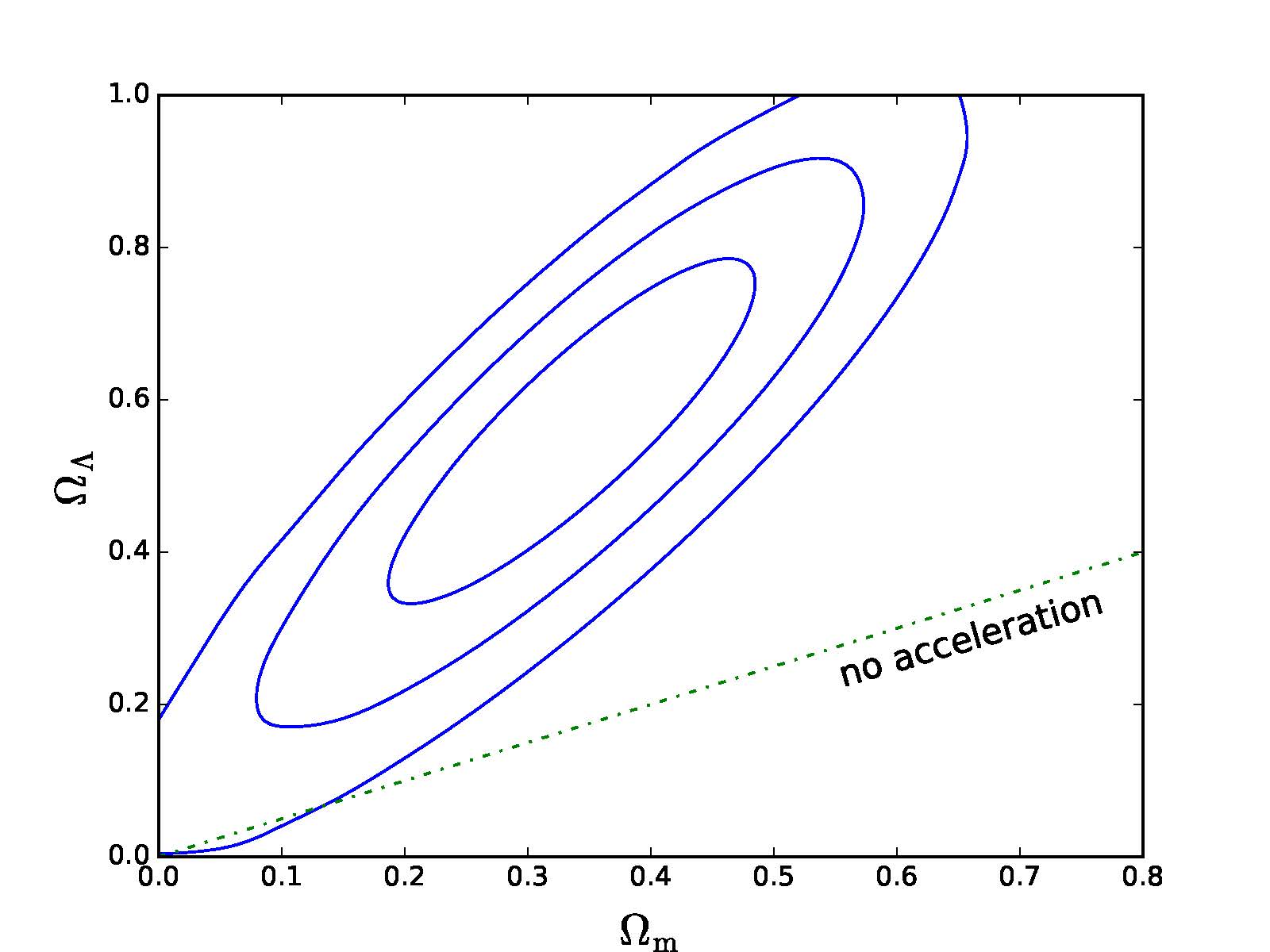 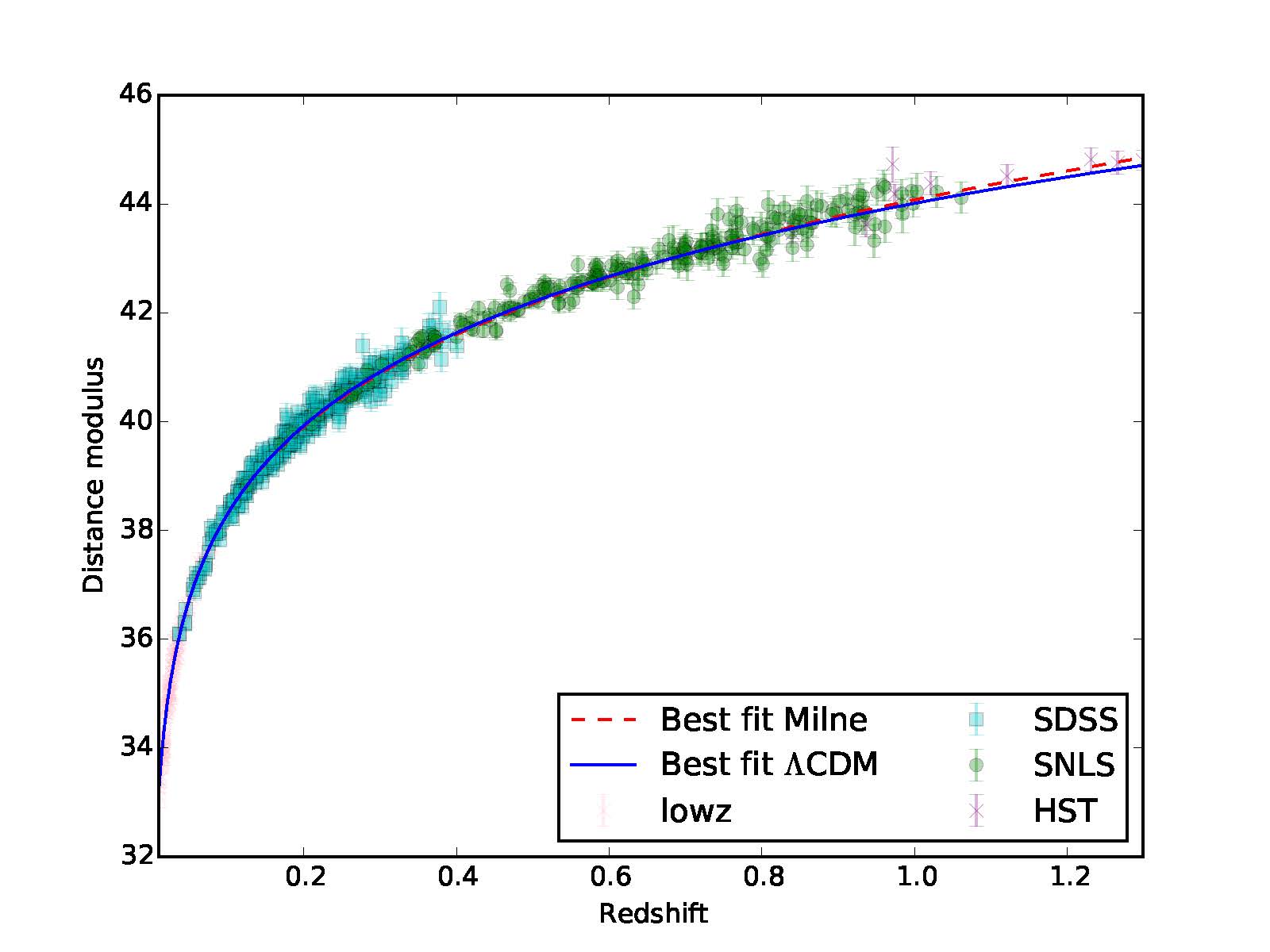 The Nobel Prize in Physics 2011 was awarded "for the discovery of the accelerating expansion of the Universe through observations of distant supernovae". It led to the widespread acceptance of the idea that the universe is dominated by 'dark energy’ which drives this accelerating expansion. It was interpreted as the energy density of the vacuum, although the energy scale is of order the present Hubble expansion rate H_0 ~ 10^{-42} GeV - far below any energy scale in fundamental physics. Nevertheless this has become the 'standard model' of cosmology.

The NBIA researchers have now analysed a catalogue of 740 Type Ia supernovae  – more than ten times the original sample size – and find that the evidence for acceleration is much weaker than has been claimed. The data is in fact consistent with a constant rate of expansion (the ‘Milne’ model) as seen in the figures above. The different conclusion is primarily because of their use of a rigorous statistical method (Maximum Likelihood Estimator) for model selection, rather than assuming a particular model and trying to determine its parameters.

Although there is much other data, notably observations of fluctuations in the cosmic microwave background, that is consistent with the standard model, all such tests are so far indirect in nature. There is no dynamical evidence yet that the dominant component of the universe has negative pressure like vacuum energy. A more sophisticated theoretical framework accounting for the fact that the universe is not exactly homogeneous and that its matter content may not behave as an ideal gas – two key assumptions of the model – may well be able to account for all observations without requiring dark energy.