The 2019 MERAC Prize for the Best Early Career Researcher in New Technologies (Multi-Messenger) is awarded to NBIA's Knud Højgaard Associate Professor Irene Tamborra for her pioneering contributions to understanding the role of neutrinos in astronomy and astrophysics. The MERAC Prize is awarded by the European Astronomical Society. 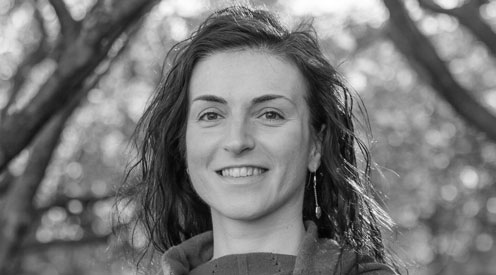 In the citation for the Prize, the European Astronomical Society writes: Irene Tamborra has made pioneering work in advancing our understanding of the role of neutrinos in extreme astrophysical sources. Among many examples, she has discovered the LESA instability, the first hydrodynamical instability occurring in core-collapse supernovae completely driven by neutrinos. She has proposed innovative ideas concerning the exploration of astrophysical transients by using neutrinos as probes, and has demonstrated a highly original research approach connecting the theoretical modelling of the microphysics of astrophysical transients to observations. This led to unravel fundamental properties of neutrinos in dense matter, to unveil the impact of neutrinos on the production of the heavy elements and the dynamics of transient astrophysical sources, as well as to highlight the promising approach of using neutrinos as probes of the inner working of extreme astrophysical sources.