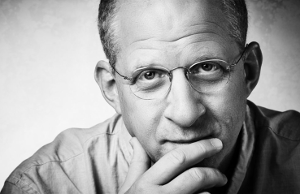 The Society for the Dissemination of Natural Science is honoring Villum Kann Rasmussen Professor Charles Marcus with the Society's H.C. Ørsted Gold Medal in Physics.

The Ørsted Gold Medal is awarded based on submissions from Danish universities and science institutions, and a committee consisting of five members of the Royal Danish Academy of Sciences and Letters have reviewed the nominations. Professor Dorte Olesen, President of the Society for the Dissemination of Natural Science, says "Charles Marcus is the quintessence of a modern scientist and a highly deserving recipient of the H.C. Ørsted Gold Medal. Just as Hans Christian Ørsted himself, Charles Marcus is a world-class scientist and communicator with a keen eye for how his research can benefit society. He is the first non-Danish recipient of the gold medal and he brought an amazing academic background with him to Denmark, so he brilliantly exemplifies our country's ability to attract some of the best researchers in the world." The Ørsted Gold Medal will be presented by Her Majesty The Queen at the Royal Danish Academy of Sciences and Letters on 27 November 2020.