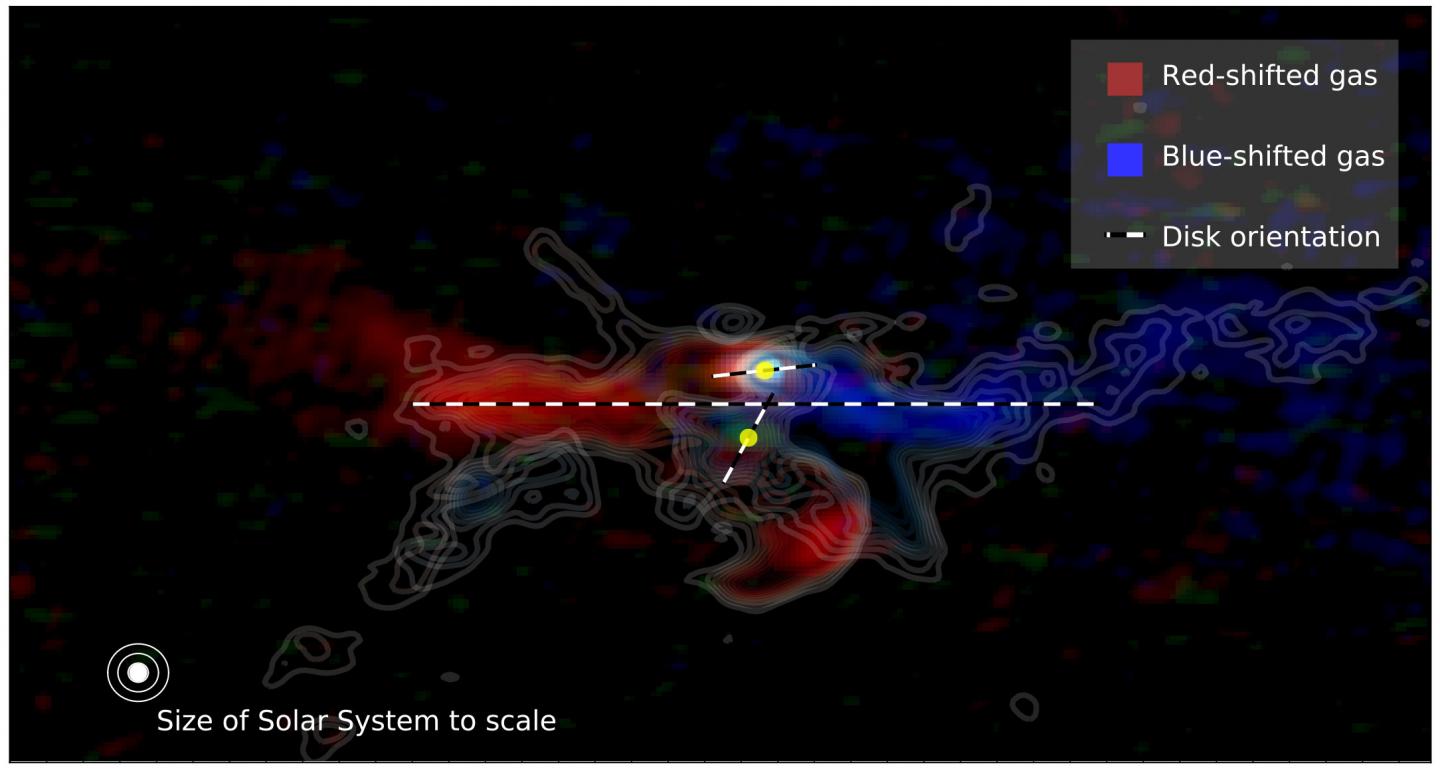 Christian Brinch and Oliver Gressel, both assistant professors at NBIA, have discovered an intriguing binary proto-stellar system harboring three planet-forming disks which are all misaligned with respect to each other and with respect to the orbital plane of the binary. Using the ALMA telescope located in Northern Chile, they were able to resolve the complex geometrical layout of the disks and accurately determine the orbital parameters of the stars and the orientations of the disks. The unusual geometry of this proto-stellar system, known as IRS 43, can provide us with knowledge on the processes involved in the earliest phases of star formation, such as the role of turbulence and it may also explain the origin of the more exotic kinds of exoplanetary systems. This discovery has recently been published in Astrophysical Journal Letters.

Read more about the discovery here.