Igor Novikov has been awarded the John Archibald Wheeler Prize 2020 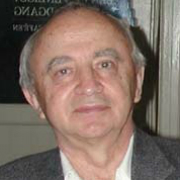 The first John Archibald Wheeler International Prize and Medal has been awarded to Igor Novikov, Chief Researcher at the Lebedev Physics Institute of the Russian Academy of Sciences in Moscow and long-time Associated Scientist at NBIA. Igor Novikov receives the prize [for his contribution to the general theory of relativity and black hole theory].

The citation emphasizes the contribution of Igor Novikov's Moscow group to the development of the theory of general relativity. As far back as 1975, Igor Novikov and his colleagues formulated a theory regarding the existence of closed time-like curves, which later made it possible to explain some paradoxes of time travel. This theory and idea is called the Novikov principle. It was John Archibald Wheeler who introduced the concept of black holes into scientific (and later also public) terminology.